Buying a property in Belmont can be a difficult process that many of us only undertake a few times in our lives. A Buyers Advocate or Buyers agent can assist for a variety of reasons including:

Getting your weekends back by applying our wise experience in finding your perfect home in Belmont. We can help you purchase a home with confidence as we guide you through each step from selecting the home (access to off market listings), market appraisal, negotiate or bid at auctions.

Belmont is a southern suburb of Geelong, Victoria, Australia. Belmont, just over the Barwon River, is one of Geelong’s oldest, largest and most popular suburbs. The name means “beautiful hill”. Belmont is geographically separated from the Geelong central business district by the Barwon River. The suburb is primarily residential, with some light industry along Barwon Heads Road.

The area has been inhabited by the Wathaurong people for at least 25,000 years. The years immediately after the First World War witnessed the transformation of the rural farmland in Belmont into a residential area.

The High Street shopping strip is the largest strip shopping centre in Geelong, stretching from Barwon Heads Road to Roslyn Road. The shopping strip was upgraded in 2006, with power lines being put underground and the extensive planting of street trees. 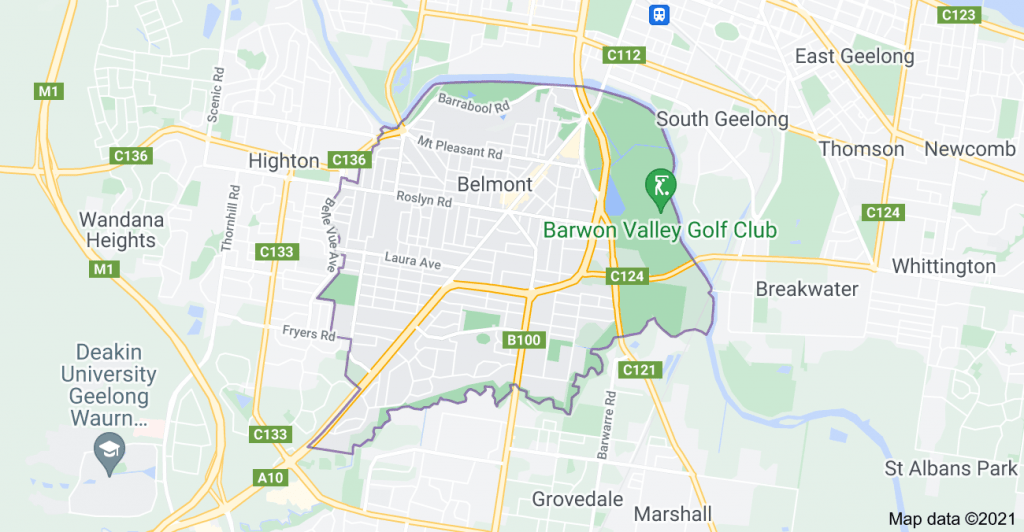