Buying a property in East Geelong can be a difficult process that many of us only undertake a few times in our lives. A Buyers Advocate or Buyers agent can assist for a variety of reasons including:

Getting your weekends back by applying our wise experience in finding your perfect home in East Geelong. We can help you purchase a home with confidence as we guide you through each step from selecting the home (access to off market listings), market appraisal, negotiate or bid at auctions.

East Geelong is a much sought-after residential area with large public open spaces. The enormous Eastern Park runs down to the waterfront and is home to Geelong’s historic Botanic Gardens. The park also has three ovals and three other sports fields, and neighbours the nine-hole East Geelong Golf Club, laid out in 1923.

East Geelong is a residential suburb of Geelong, Victoria, Australia and has a population of 3,862.

The 81-hectare Eastern Park is located in East Geelong. It is Geelong’s premier regional park and an important recreation focus for central Geelong. The Geelong Botanic Gardens are located at its centre.

East Geelong has an Australian Rules football team competing in the Geelong & District Football League. Golfers play at the course of the East Geelong Golf Club at Eastern Gardens.

East Geelong has local shopping centres at the intersections of Garden Street and Ormond Road and Breakwater and St Albans roads. It also offers quick access to the city centre. 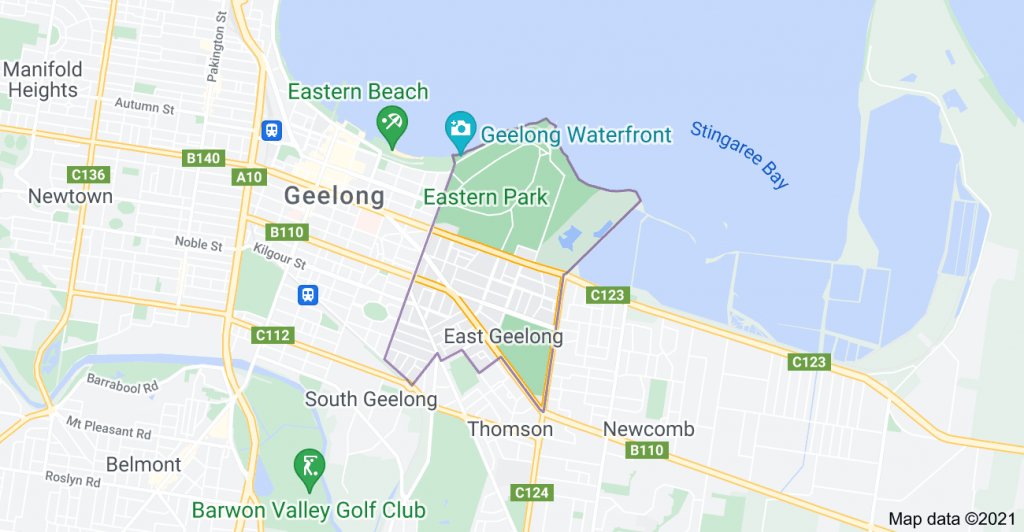