Buying a property in Grovedale can be a difficult process that many of us only undertake a few times in our lives. A Buyers Advocate or Buyers agent can assist for a variety of reasons including:

Getting your weekends back by applying our wise experience in finding your perfect home in Grovedale. We can help you purchase a home with confidence as we guide you through each step from selecting the home (access to off market listings), market appraisal, negotiate or bid at auctions.

Grovedale is a mainly residential southern suburb of Geelong. Today it has a mixture of modern brick homes reflecting its development. As one of Geelong’s larger residential suburbs, schools, shopping centres and other community facilities have developed to meet the needs of its residents.

Grovedale’s first churches, reserves and halls were built along the road to Torquay and, in general, the suburb has expanded along and to the west of the Surfcoast Highway.

Grovedale neighbours the Geelong Airport and is a mere 15 minutes from the Surfcoast.

Grovedale is located on the Surfcoast Highway that links the suburb the centre of Geelong, as well as to the coastal town of Torquay. 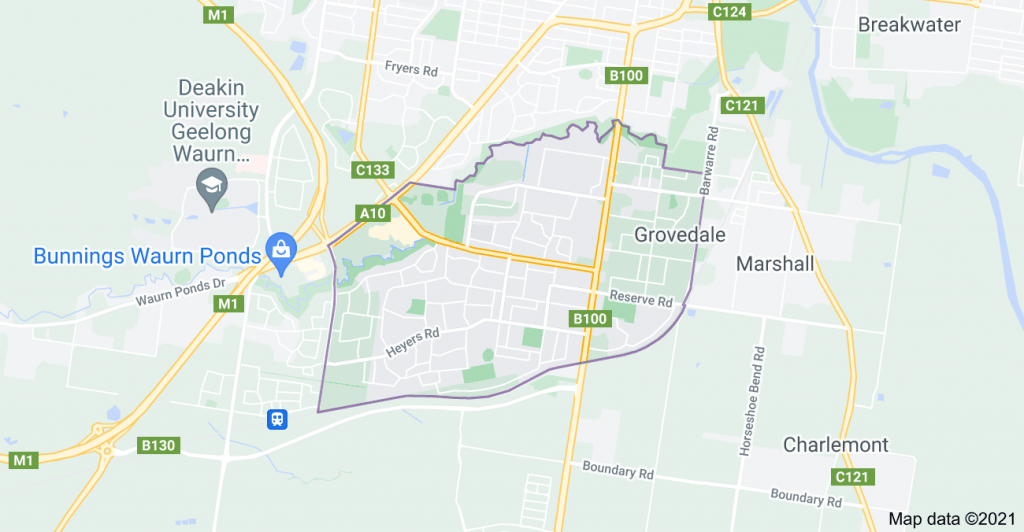