Buying a property in Highton can be a difficult process that many of us only undertake a few times in our lives. A Buyers Advocate or Buyers agent can assist for a variety of reasons including:

Getting your weekends back by applying our wise experience in finding your perfect home in Highton. We can help you purchase a home with confidence as we guide you through each step from selecting the home (access to off market listings), market appraisal, negotiate or bid at auctions.

The hills of Highton offer superb views across the river and city, and over Corio Bay, making Highton a much sought-after place to live. Housing development since the 1950s, and more recently home unit building, has taken full advantage of Highton’s location. Most streets are tree-lined and close to neighbourhood parks. Queens Park, at its northern boundary, fills a large bend of the Barwon River and contains a superb established golf course.

Running, walking and bike riding are also popular activities along the Barwon River as tracks exists to enable such pursuits. Popular spots to begin include near Queens Park. Highton Reserve is the home of the Geelong Falcons training ground the complete in the AFL under 18 TAC League.

Highton is connected by road to the centre of Geelong by Barrabool Road, Shannon Avenue, and the Princes Highway. Traffic to Melbourne is able to use the Geelong Ring Road that passes to the west of the suburb. 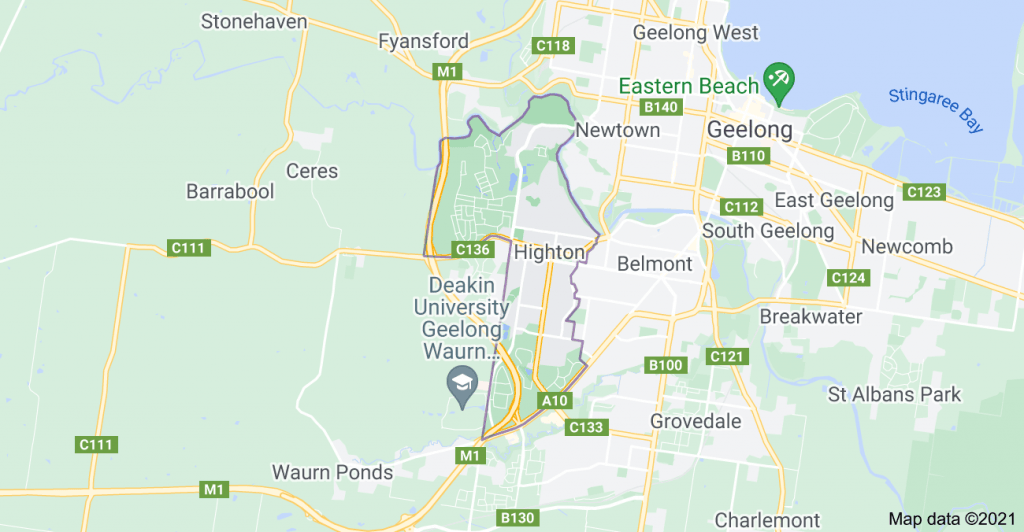