Buying a property in Huntingdale can be a difficult process that many of us only undertake a few times in our lives. A Buyers Advocate or Buyers agent can assist for a variety of reasons including:

Getting your weekends back by applying our wise experience in finding your perfect home in Huntingdale. We can help you purchase a home with confidence as we guide you through each step from selecting the home (access to off market listings), market appraisal, negotiate or bid at auctions.

The suburb has both residential and industrial areas, with the southern sections between Hargeaves St and North Road being largely industrial.

Along the Huntingdale Road there is a small commercial strip which straddles the neighbouring suburb of Oakleigh.

The station is frequently used by students who attend the nearby Monash University Clayton campus. These students catch the 601 shuttle bus between the railway station and campus, which runs solely for Monash students and staff. 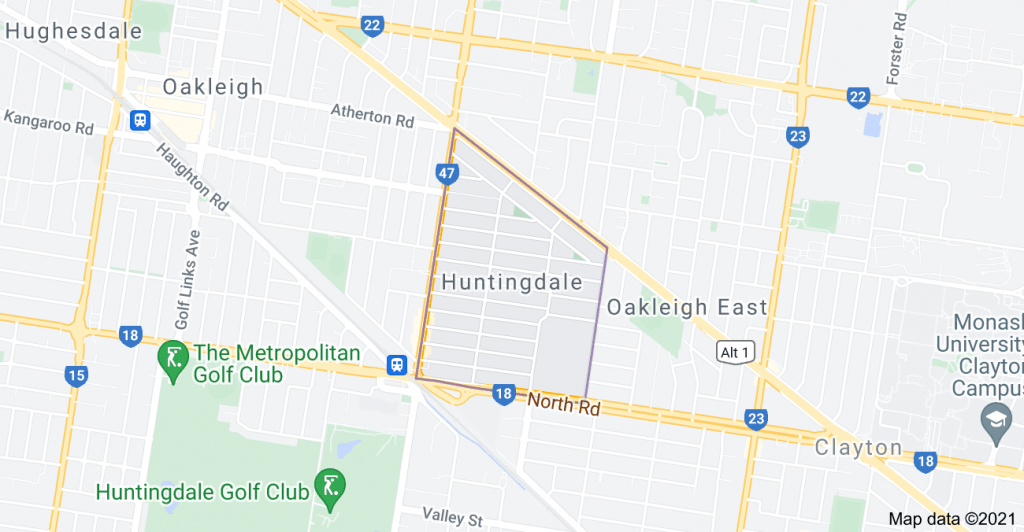