Buying a property in Newcomb can be a difficult process that many of us only undertake a few times in our lives. A Buyers Advocate or Buyers agent can assist for a variety of reasons including:

Getting your weekends back by applying our wise experience in finding your perfect home in Newcomb. We can help you purchase a home with confidence as we guide you through each step from selecting the home (access to off market listings), market appraisal, negotiate or bid at auctions.

Newcomb is a popular suburb with affordable family housing close to the city of Geelong and beautiful Eastern Park, which runs down to the bay. Newcomb has several neighbourhood shopping centres, including the larger Newcomb Central and Bellarine Village Shopping Centre on Bellarine Highway.

Newcomb is a residential suburb of Geelong, the majority of Newcomb residential areas consist of mid 20th century homes. House prices in the area have grown exponentially within the last few years due largely to being close and easily accessible by essential services.

Newcomb is a suburb offering convenience to residents with two shopping centers, Newcomb Central and Bellarine Village both including a Woolworths supermarket and a range of other shops. The suburb’s perimeter is only 3 kilometers from the Geelong CBD. The Geelong CBD from Newcomb is easily accessible via public transport. 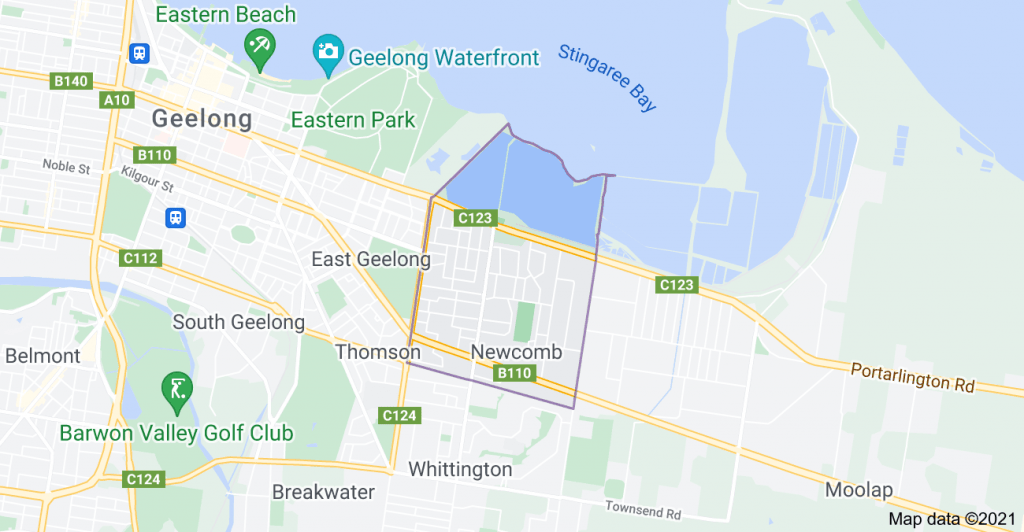