Buying a property in Newtown can be a difficult process that many of us only undertake a few times in our lives. A Buyers Advocate or Buyers agent can assist for a variety of reasons including:

Getting your weekends back by applying our wise experience in finding your perfect home in Newtown. We can help you purchase a home with confidence as we guide you through each step from selecting the home (access to off market listings), market appraisal, negotiate or bid at auctions.

Newtown is an inner western suburb of Geelong. It is a primarily residential area occupying one of the highest points of urban Geelong, has always been a desirable place of residence and it is the location of many of Geelong’s oldest and most valuable properties.

The Barwon River runs around Newtown and several large reserves that contain playing fields, sporting clubs, wetlands and a bicycle/walking track are beside it.

There are hundreds of beautiful Victorian and Edwardian houses, and several historic mansions, including Barwon Grange, west of the river.

Newtown neighbours the established Queens Park golf course in the west and Kardinia Park to the east. 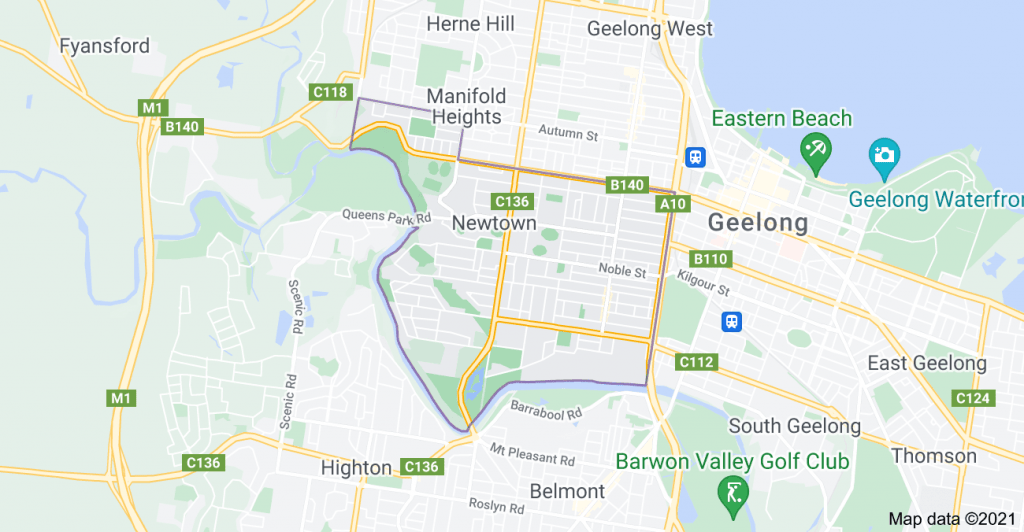