Buying a property in Lower Plenty can be a difficult process that many of us only undertake a few times in our lives. A Buyers Advocate or Buyers agent can assist for a variety of reasons including:

Getting your weekends back by applying our wise experience in finding your perfect home in Lower Plenty. We can help you purchase a home with confidence as we guide you through each step from selecting the home (access to off market listings), market appraisal, negotiate or bid at auctions.

Lower Plenty is an affluent, quiet suburb that attracts nature enthusiasts and active outdoors people. It doesn’t have many local businesses or entertainment venues, but people don’t live here for the shopping. Rather, the area is famous for its outstanding natural features, hills and landscapes, and amazing views of the Yarra River and Plenty River.

The suburb is bounded by the Plenty River in the west until it joins the Yarra River, which forms the southern boundary. Fitzsimons Lane forms the eastern boundary and Airlie Road north of Main Road (a continuation of Lower Plenty Road from the west) forms the northern boundary.

Houses here are large and sit on even larger properties on empty streets. Along the main road there are a few apartments and townhomes. 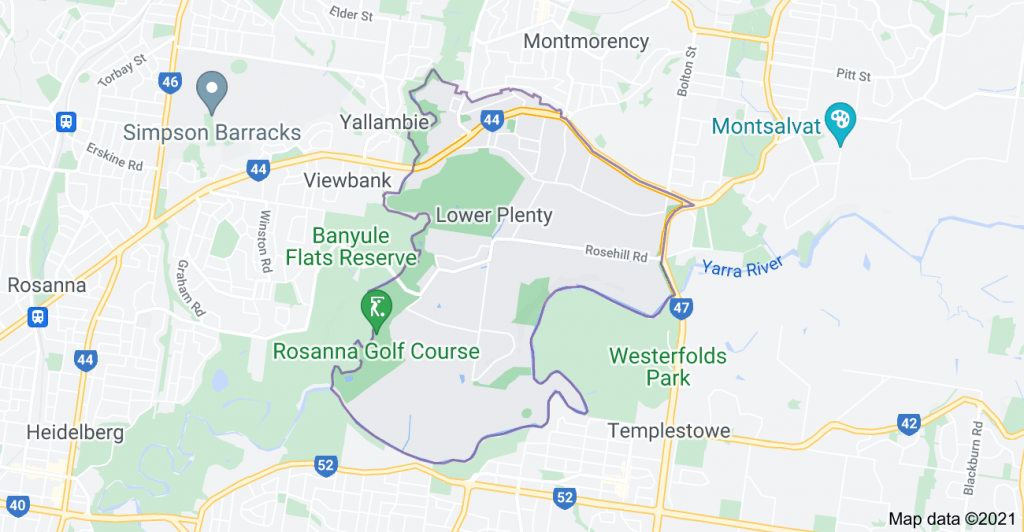