Is it good to buy a house or investment property in Geelong? Let’s find out. 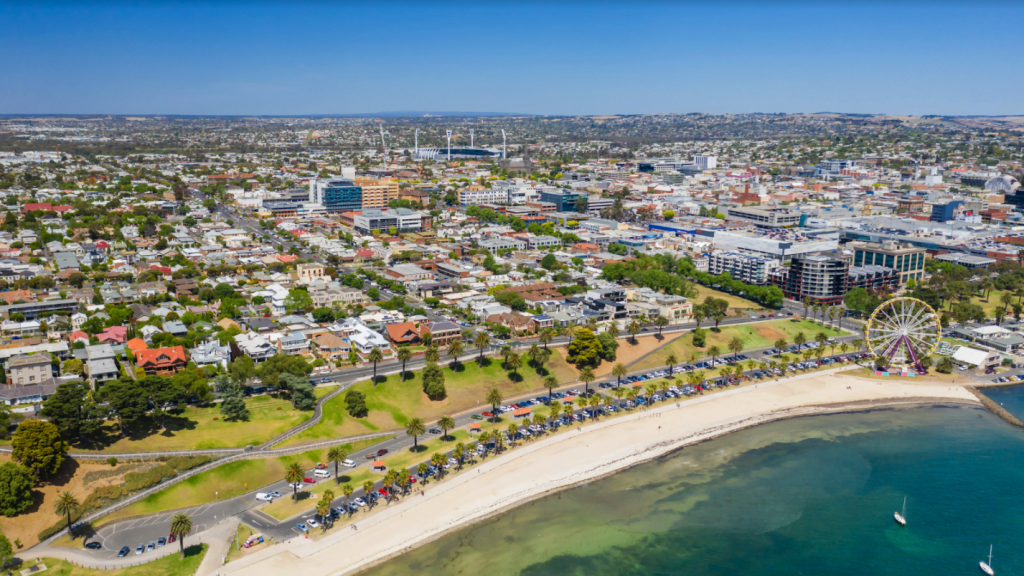 When coronavirus first came to Australia, few predicted just how much it would change our lives. One of the biggest changes was the shift from traditional office work to remote work. Employees in their droves were forced to stay home for work.

Many Australians saw this as an opportunity to move away from the crowded Melbourne CBD and inner-city suburbs to more remote and rural suburbs. Without the need to visit an office every day, many people could now work from home permanently and live in more affordable areas away from the city.

This trend of moving out into cheaper more rural suburbs and areas hasn’t stopped yet. One of the areas that have really felt the effects of this trend is Geelong. With the 2020 pandemic came many government incentives to help support new home buyers. One that really supported the big push to regional areas like Geelong was the government’s Home Builder scheme. This allowed a lot of first-home buyers to jump straight into the property market and speed up population growth in regional areas like Geelong.

Quick facts on the city of Geelong

While Geelong is located deep in Melbourne’s South West, it remains to be Victoria’s second-largest city with a population of over 253,000. The great migration to rural areas has seen Geelong’s population rise significantly over the last quarter of 2020. The rising population has generated competition in the Geelong housing market, driving prices up

Some of the other big influences driving people to Geelong is the lifestyle and infrastructure that’s already in place. While it may look far, Geelong is still only an hour’s drive from the Melbourne CBD. This distance has also helped Geelong become a property hotspot. Elements that contribute to Geelong’s lifestyle choices are the growing food scene with new bars, cafes and restaurants being established on a regular basis.

There’s also a thriving retail scene that sees many locals and visitors flocking to the local shopping centres. The Geelong region is also known for having a more relaxed and laid back pace compared to other cities in Victoria. Another big drawcard is the good public and private schools in the area.

Indicators for growth after lockdowns

While many first home buyers and property investors are interested in the now they still want to know what Geelong will be like once COVID lockdowns and restrictions are over. Will Victoria’s second-largest city continue to thrive and grow post-pandemic? Many experts tend to agree and while the numbers speak for themselves.

Let’s take a look at the main projects going on in Geelong which are contributing to growth.

By the end of 2022, the spirit of Tasmania will be moving its port from Station Pier Port Melbourne to Coria Quay in Geelong. This major relocation will create thousands of local jobs for labourers in construction in addition to those required for continued port operations. This new project is also set to significantly boost growth in local tourism and other industries in the Geelong area.

Geelong locals already have train access to the CBD but things are about to get a major upgrade. While it’s only in the planning stages, the Geelong Fast Rail Project is set to upgrade the rail corridor between Geelong and the Melbourne CBD for faster passenger rail services. In the process of this upgrade, we’ll see new tracks leading from Werribee to Laverton and the opening of regional centres such as Ballarat and Bendigo.

Another big drawcard for anyone looking to move to a new city or suburb is growing job opportunities. The new fast rail project and Spirit of Tasmania expansion are just two factors for future job growth. Other places that continue to provide job opportunities include the Epworth Hospital, TAC (Transport Accident Commission), Federal Mills, and Worksafe Victoria.

A growing population is another strong indicator of a property market with huge potential. As the population of an area rises, so can the competition and house prices, making these areas an investor’s dream. Geelong’s population has experienced consistent growth with 1,500-3000 new people moving into the area every year.

So far migration has been one of the biggest driving forces behind Geelong’s consistent population growth. As new job opportunities open up, these new migrants are finding it easy to find long-term job opportunities so they can settle in the area long-term. Another factor that’s encouraging population growth is the opportunities for education. A five star rated Deakin University is located right on the seafront while there are additional high-quality schools and training centres close by.

How does Geelong compare to other growth areas?

If you’re still asking the question of whether it’s good to buy a house or investment property in Geelong, just let the numbers do the talking. The rate of homebuyers in Geelong continues to rise thanks to factors like lifestyle and affordability. Prior to 2020, there was a big wave of property value growth between 2015 and 2019. Real estate experts have predicted that demand for properties in Geelong will continue to grow. In December 2020, the median house price in greater Geelong grew by 9.3%

Property investors continue to see Geelong as a promising opportunity with commitment for investors reported to have grown to 9.4% in March 2021. This presents a staggering rise of 22.7% from March 2020! So it looks as though investor confidence only grows larger as soon as we get out of lockdowns.

When it comes to local auctions in Geelong, the city had a clearance rate of 80% in May 2021. This rate included 45 auctions with 36 of them being cleared. Local real estate experts are currently expecting this auction activity to remain steady, even with lesser homes going to auction.

Geelong suburbs to look out for

Like any city of Victoria, there are key suburbs to watch if you’re looking to invest. All of the following suburbs came off with high capital growth rates. Experts are expecting these suburbs to continue growing well past 2021.

So is it good to buy a house or investment property in Geelong?

We think the answer is a resounding yes. In recent years Geelong has become somewhat of its own success story both in the lead up to 2020 and well beyond. With so much investment into the ongoing development of Geelong, we can’t see it slowing down any time soon. Many property investors have had positive outcomes in the area. With high capital growth, it’s possible to purchase an investment property in Geelong and build off the equity to continue investing in more properties.

If you’re interested in making your first move into property investment then Geelong may just be the perfect starting point for you. If you’re ready to start exploring your options, then speak to a buyer’s agent today. Here at Wise Real Estate Advice, we are proud to offer support and guidance for property investors looking to make their next big investment.

Do I need a buyers agent?

Questions? Feel free to drop us a line.