Is It A Good Time To Buy Property In Melbourne?

A question many buyers are asking is: “Is now a good time to buy real estate in Melbourne?” There has been a measurable softening of property price over the last 12 months. Behind every market-change there is speculation, fear and excitement of what’s to come.

But the truth is, nobody knows exactly what’s coming.

Buyers worry about the perfect time to buy and property owners worry about how much the changing market is impacting on their situation. Speculators are simply waiting for a crash.

It’s no secret, Melbourne has experienced a strong real estate market over the last five years. It has been a difficult time to be a real estate buyer as prices have been increasing. There is not enough property on the market and buyers are strongly competing to purchase real estate. So why is everyone choosing to enter the market during this boom period?

Isn’t it better to buy when prices are discounted? When there isn’t a buying frenzy? My favorite modern investor parable or ‘wise’ saying is: ‘Buy when people are selling, sell when people are buying.’ – Warren Buffet.

Top 5 Benefits of buying in a soft market:

2.Less need to compromise. When a market is hot, buyers compromise real estate specs simply to get into the market or into their desired suburb.

4.Less risk of paying above market value. In a booming market, property records are broken every week due to competition. Hence prices increase. When competition declines the opposite happens.

5. Real estate agents take you seriously. It is commonly known real estate agents are note takers in a hot market. They don’t need to negotiate, simply run an auction and let the buyers sort it out. It’s quite the opposite in a quieter market.

Where is the market going?

To appreciate where property is going, it’s vital to understand where it has been.

Without going too deep into the economics of it, pictured below is a graph that displays 60 years of Australian real estate prices. In that time, there has been 25 adjustments to the cycle, 14 price increases and 11 declines. 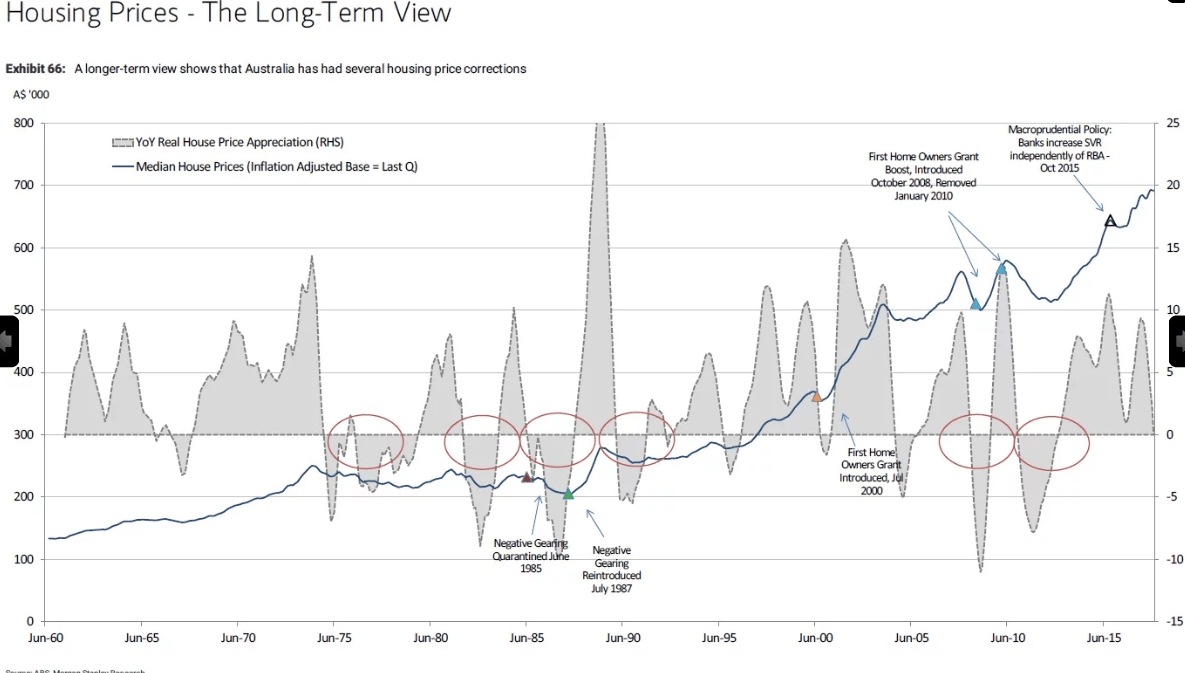 Has the property price bubble burst? Picture a classic barbeque conversation where a friend explains how he is going to become the next real estate mogul. The plan – purchase several properties in a good suburb after the market crashes as real estate will be worthless. Unfortunately, this may never come into fruition within the lifetime of any one individual.

Over the last 60 years, in Australia, there has been no dramatic crash, economic disaster or bubbles bursting. You have to ask the question, does the bubble theory exist in Australian real estate at all? There has been no evidence of its existing during a number of long-term investment cycles.

The media generates traffic to sell advertising and advertisers demand digital traffic to generate return on investment. So, there is a big incentive on media to engage readers emotionally, by reporting on the extreme headlines. Property booms and busts are a classic example of these. Usually, the real story isn’t so exciting.

In July 2018, Victoria was deemed to be Australia’s top-performing state economy according to CommSec’s “State of the States” report, which is released quarterly. It’s the first time Victoria has claimed the top spot since CommSec began releasing the report in October 2009.

Victoria has the highest migration numbers for housing new migrants (Victoria108,202), NSW (89,317), QLD (52,994). With the current growth and migration rates, leading demographers are tipping Melbourne to be Australia’s largest city by 2030.

So is now a good time to buy? 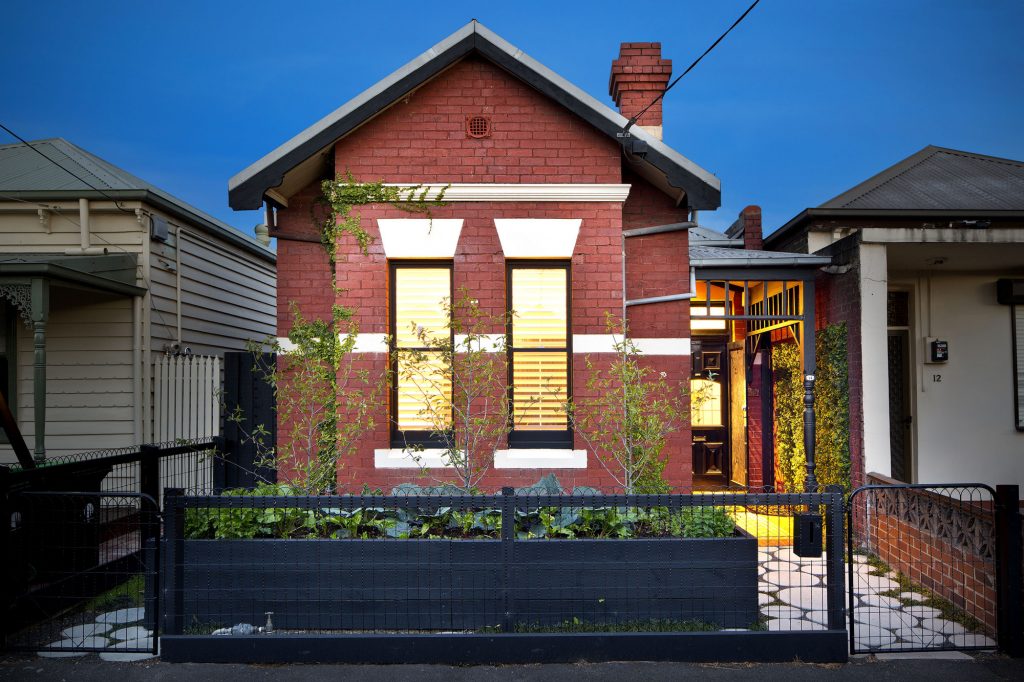 History proves buying a property is a long-term, sound investment. Your goal should be to own real estate you can afford and work down the loan before you spend the money on something that doesn’t grow in value.

It makes sense to buy when there are fewer buyers in the market as there’s more property to choose from and prices are not going up faster then you can save money.

Don’t fear media talk, property bubbles bursting, friends theories or prices moving around. Remember, the only time prices can really effect you is when you’re selling.

You should be more concerned about inflation. The rise in cost of living, potentially doubling over the next decade while money that isn’t invested diminishing in value.

The best way to counter the battle of inflation is own a stable low risk asset that has consistent long-term growth. Growth should keep up with the inflation rates, you’re winning if your asset grows quicker than the inflation rate. Hence why real estate is a popular asset type.

>> Next Article: Is it good to buy property in a recession?