Buying a property in Cairnlea can be a difficult process that many of us only undertake a few times in our lives. A Buyers Advocate or Buyer’s agent can assist for a variety of reasons including:

Getting your weekends back by applying our wise experience in finding your perfect home in Cairnlea. We can help you purchase a home with confidence as we guide you through each step from selecting the home (access to off market listings), market appraisal, negotiate or bid at auctions.

Cairnlea was a former Albion site, but it was developed as its own suburb in the 1990s. The suburb became an open grassland after the European settled, however from 1939, it was a manufacturing site for government explosives, until the 1990s.

Cairnlea is 17km west of the CBD, located within the City of Brimbank local government area with 11 parks covering 17.7% of the total area.

The suburb is a new estate, and has only been developed since 1999, featuring several man-made lakes and has implemented a suburb-wise stormwater recycling system that feeds all the lakes.

Cairnlea is bounded by Station Road, the Western Highway, and the Western Ring Road with three accesses into the CBD, Ballarat road, the Westgate Freeway or the Tullamarine Freeway 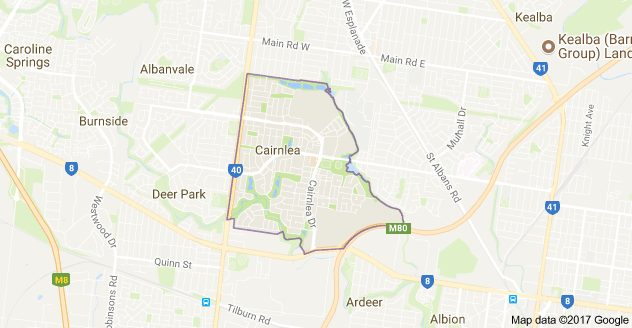 Should you buy property in a recession?