Buying a property in Mount Waverley can be a difficult process that many of us only undertake a few times in our lives. A Buyers Advocate or Buyers agent can assist for a variety of reasons including:

Getting your weekends back by applying our wise experience in finding your perfect home in Mount Waverley. We can help you purchase a home with confidence as we guide you through each step from selecting the home (access to off market listings), market appraisal, negotiate or bid at auctions.

Mount Waverley is famous for its heritage streets which date from the 1930s.

Close to Mt Waverley Village are the suburb’s first streets, once designed to become the very epitome of prestigious country estate living and an extravagant idea decades ahead of its time.

The suburb’s original streets, including Park Lane, Virginia Street and Sherwood Road, were built of concrete, not the less expensive asphalt. The surface is still the same as it was in the 1930s, with only minor maintenance over the decades. Residential development did not resurge until the 1950s.

One of the highest points in Mount Waverley is the reservoir on High Street Road. The natural land surrounding this landmark is over 138–150 metres above sea level. Construction of the reservoir began in 1927.

Mount Waverley is the home to numerous electronics and IT companies and the area is a hub of these industries in Melbourne. 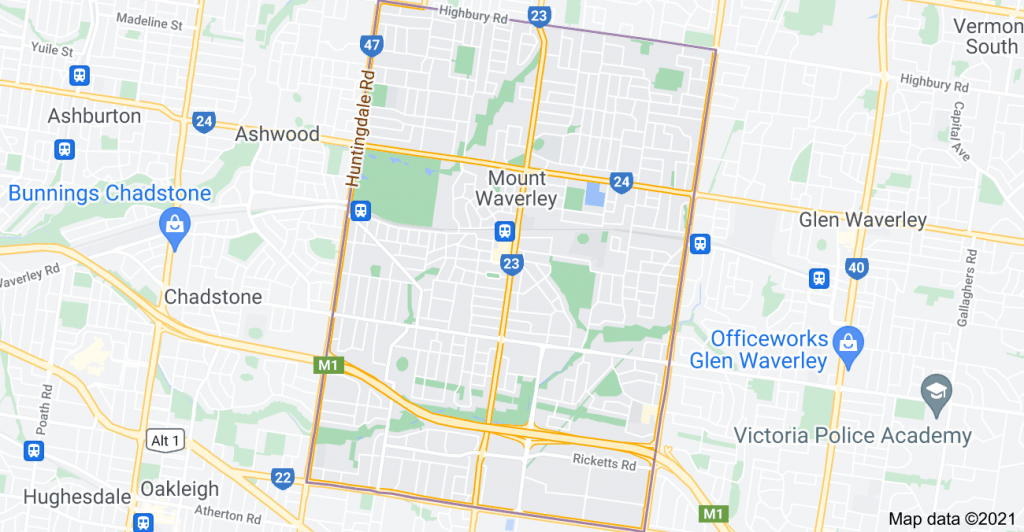 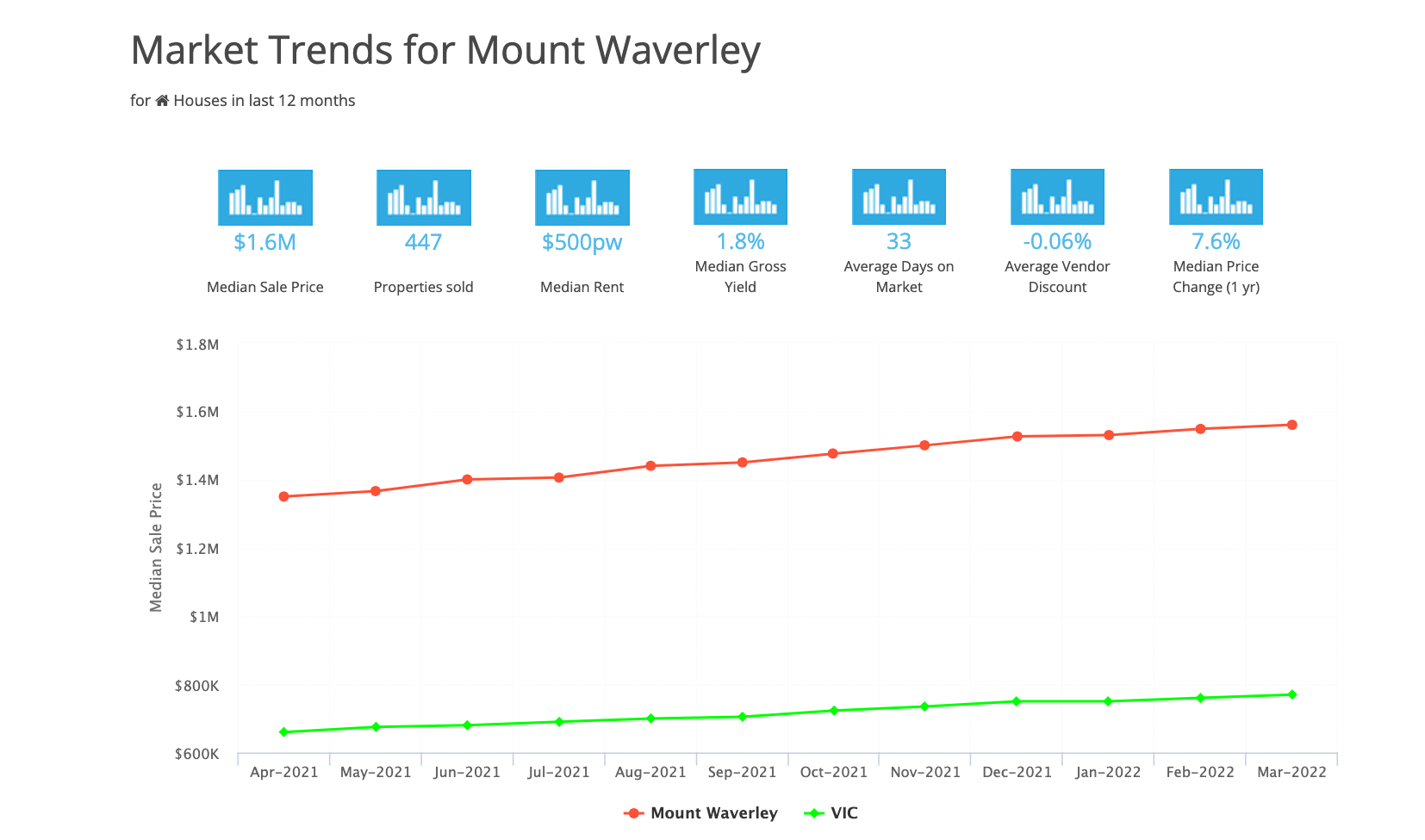