Buying a property in Burwood & Burwood East can be a difficult process that many of us only undertake a few times in our lives.A Buyers Advocate or Buyers agent can assist for a variety of reasons including:

Getting your weekends back by applying our wise experience in finding your perfect home in Burwood & Burwood East.

Burwood and Burwood East are located 17 kilometres east of the city. Burwood East is a mix of suburban residential streets, light industry, large corporate businesses and a retail hub.

The suburbs are primarily residential with some corporate buildings, so the area itself might not be densely packed with distractions but with a tram line running through the middle of it, nothing is far away. Burwood One (the site of Australia’s first Kmart) is a good shopping centre for all your grocery needs and several dining options; there are also some sporting venues and the Dandenongs are an easy drive east for an afternoon bushwalk.

They are both family-friendly suburbs which are highly desirable with shopping and amenities at your doorstep, the newest shopping addition being Burwood Brickworks Shopping Centre which includes Supermarkets, an Asian Grocer, Acre Farm and Eatery, Health and Wellness Facility, Lifestyle and Beauty outlets and a cinema.

Burwood East is well serviced by a large bus network and a tram line up Burwood Highway and Blackburn Station only minutes’ drive.

Brick veneer was the popular choice when Burwood was carved up during the 1950s for a new generation of middle-class Australians. Large, multi-bedroom homes here, built in the 1960s and later. There are occasional period homes but mid-20th century dwellings, including units, are more common, with some modest affordable options available.

However, recently, new townhouse and apartment developments have emerged to meet growing demand.

Moving in is a younger, more international demographic, looking to take advantage of the good public transport access, the green of Wattle Park and Gardiners Creek reserve, better bang for your buck compared to some of its older, leafier neighbours and, most importantly, the high-quality education offered by Deakin University and Presbyterian Ladies’ College. 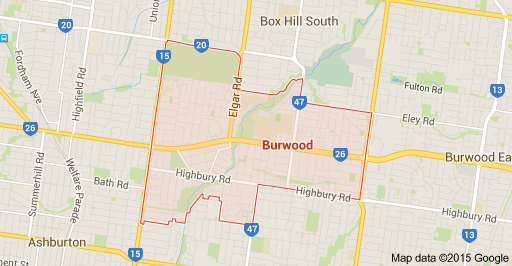 Selling your Burwood home? Speak to a Vendor Advocate first.