Buying a property in St Helena can be a difficult process that many of us only undertake a few times in our lives. A Buyers Advocate or Buyers agent can assist for a variety of reasons including:

Getting your weekends back by applying our wise experience in finding your perfect home in St Helena. We can help you purchase a home with confidence as we guide you through each step from selecting the home (access to off market listings), market appraisal, negotiate or bid at auctions.

St Helena was settled by Anthony Beale, who had previously lived on the island of Saint Helena in the Atlantic Ocean, working as the paymaster for the British East India Company. When St Helena reverted to British Government control in 1836, Beale retired and moved to England for three years with his wife and sixteen children. In 1841, Beale took up a large pastoral lease on the Plenty River, including the area that is now known as St Helena. The Beales’ cottage was called St Helena, after which the area become known.

Major residential development began during the mid to late 1980s.

St Helena Marketplace is a shopping centre consisting of a Woolworths supermarket and smaller retailers such as Bakers Delight, Amcal pharmacy, and fast food eateries. At the same location is St Helena Mediplex. 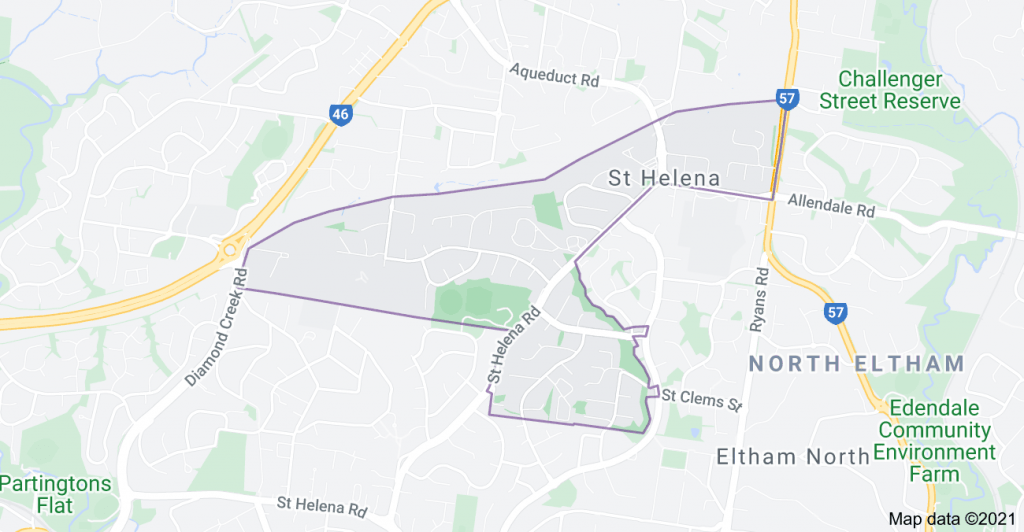