Buying a property in Brighton can be a difficult process that many of us only undertake a few times in our lives. A Buyers Advocate or Buyers agent can assist for a variety of reasons including:

Getting your weekends back by applying our wise experience in finding your perfect home in Brighton. We can help you purchase a home with confidence as we guide you through each step from selecting the home (access to off market listings), market appraisal, negotiate or bid at auctions.

Brighton was developed privately in 1842 as a result of a special survey by Henry Dendy. The name is thought to mean “place of sorrow”, after an apparent attack on Boonwurrung clans people by the Ganai tribe, which resulted in many deaths.

Just 11kms south-east of the city, Brighton is a good-looking and well-established suburb with colourful beach boxes and an excellent bike track.

The suburb is home to primarily older couples and their children, although younger families and long-term solo residents are in the mix, too. They have a loyal, long-term community, many established families raising their children, with also slightly younger families carrying on the tradition. There are also a lot of life-long locals enjoying the leisure of the solo, post-work life.

Living in Brighton is all about lifestyle. Start the day cycling or walking by the beach before brunching at one of the many excellent cafes, such as Brighton Schoolhouse, or maybe having a hit of golf at the public golf course. Church Street features boutique shopping, the Dendy Cinemas, a good supermarket and all the expected amenities, while Bay Street offers a more compact version, including the Brighton Bay Cinema.

Three railways stations, multiple shopping strips, cafes and restaurants, two cinemas, a wealth of top public and private schools, sporting fields and parks as well as beaches and water sports, such as sailing, the suburb has all good things at your fingertips.

Brighton is expansive, exclusive and impressive, with a mix of immaculate Edwardian and Victorian homes alongside stunning beachside designer homes and new, modernist mansions with pools and tennis court complexes. Newly developed apartments with striking architecture are also emerging along the beach for younger couples of individuals who are looking to downsize. 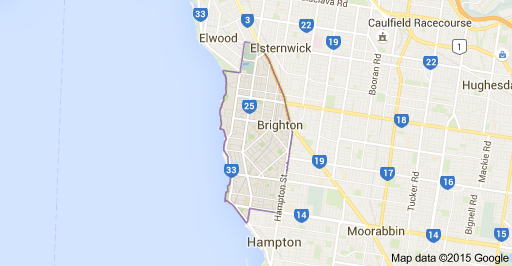 Selling you Brighton property? Speak to a Vendor Advocate First.