Buying a property in Caulfield, Caulfield South & Caulfield North can be a difficult process that many of us only undertake a few times in our lives. A Buyers Advocate or Buyers agent can assist for a variety of reasons including:

Getting your weekends back by applying our wise experience in finding your perfect home in Caulfield, Caulfield South & Caulfield North. We can help you purchase a home with confidence as we guide you through each step from selecting the home (access to off market listings), market appraisal, negotiate or bid at auctions.

Mystery surrounds the origin of the name. Although the area is thought to have been named after John Caulfield, a Melbourne pioneer who helped establish the School of Fine Arts and Mechanics Institute (now the Melbourne Athenaeum) in Collins Street in 1839, he had no direct connection to the Caulfield district.

Caulfield, roughly 11kms south-east of the CBD, is an enormous suburb, often broken down into Caulfield North and Caulfield South.

Caulfield is largely a homey, family-oriented residential area with a significant Jewish community adding a distinctive culture to the area. It’s also home to a lot of independent spirits who like the roomier houses and quiet streets that still feel quite close to the action.

Clusters of cafes and small grocers are here and there, plus a major supermarket at Caulfield Plaza. It’s also two minutes to Malvern, Elsternwick and Balaclava, so there is easy access to great restaurants and shopping in every direction.

There are many schools, both public and private, in the area and it’s incredibly well serviced for public transport, with buses, four tram routes and Caulfield Station.

Caulfield’s streets are pretty, green and prestigious, dense with immaculate period family homes, from California bungalows to mid-century houses and handsome Edwardians, with good-sized gardens. Art Deco apartments and cute retro units in the smaller streets and many contemporary apartment developments on the main thoroughfares like Balaclava, Inkerman and Hawthorn Roads are also seen in Caulfield. 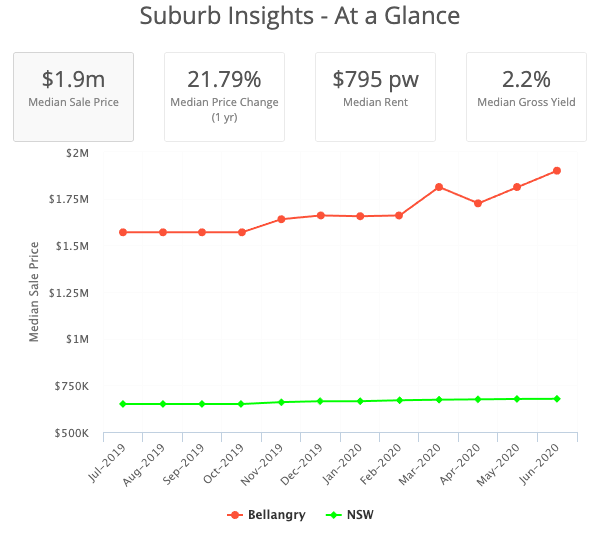