Buying a property in Coburg & Coburg North can be a difficult process that many of us only undertake a few times in our lives. A Buyers Advocate or Buyers agent can assist for a variety of reasons including:

Getting your weekends back by applying our wise experience in finding your perfect home in Coburg & Coburg North.

Originally called Pentridge, the suburb was renamed Coburg in 1870 in honour of the Duke of Edinburgh who was also Duke of Saxe Coburg and Gotha. It was also renamed to remove the stigma associated with Pentridge Prison

There are a lot of loyal locals in Coburg who are settled in and raising families, but Coburg’s distinct, multicultural flavour and its relative closeness to the CBD makes it an attractive option for independent people, both young and more mature.

The main commercial activity in Coburg is the precinct between Coburg railway station and Sydney Road. Coburg doesn’t have an enclosed shopping mall, though it does have four shopping arcades on the west side of Sydney Road. Coburg’s main commercial precinct comprises about 250 shops, a small indoor market, several supermarkets and discount stores

There are four train stations that respectively service the north and south of Coburg, all of these stations are located on the upfield line. Additionally, there are three tram lines and several bus routes that allow for easy transportation.

Coburg’s well-established spirit can be spotted in maintained old Victorians, both single- and double-fronted, as well as some California bungalows. New, modern townhouses are also starting to spring up, as well as contemporary apartment buildings. 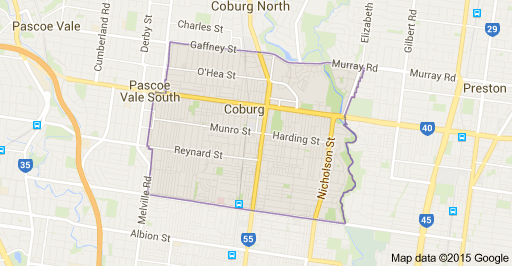 Selling you home in Coburg? Speak to a Vendor Advocate first.