Buying a property in Eaglemont can be a difficult process that many of us only undertake a few times in our lives. A Buyers Advocate or Buyers agent can assist for a variety of reasons including:

Getting your weekends back by applying our wise experience in finding your perfect home in Eaglemont. We can help you purchase a home with confidence as we guide you through each step from selecting the home (access to off market listings), market appraisal, negotiate or bid at auctions.

Before the suburb was given its name, it was known as Mount Eagle, which had a beautiful, lovely and a scenic look to it, as the hertiage-laden garden estate was designed by Australia’s most famous artist, Walter Burnley Griffin.

Eaglemont is 12km north-east of Melbourne’s CBD wedged between Ivanhoe East and Heidelberg.

It is an established suburb with a predominantly older demographic who have remained loyal to the Eaglemont lifestyle.

There are a couple of cafes for brunch, a wine bar and cellar for tastings and a small supermarket.

There is good public transport with trains and buses, but schools are just a little further afield in adjoining suburbs. 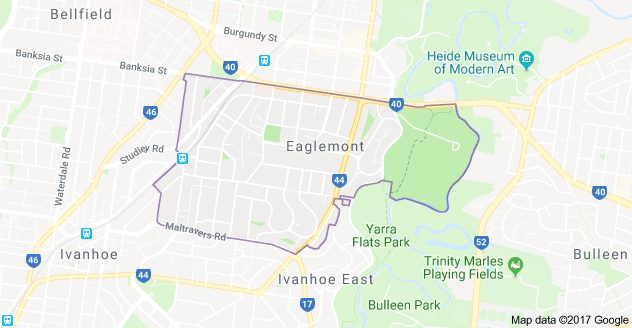 Number Of Schools: none, Schools in next suburb

Thinking of selling your Eaglemont home? Speak to a Vendor advocate first.