Buying a property in Richmond can be a difficult process that many of us only undertake a few times in our lives. A Buyers Advocate or Buyers agent can assist for a variety of reasons including:

Getting your weekends back by applying our wise experience in finding your perfect home in Richmond.

Named after the Earl of Richmond who became the first Tudor king. It was also the name of his palace and the hill in Richmond upon Thames on which it was built.

Richmond is a suburb in located in The Eastern Suburbs of Melbourne, 3 km south-east of Melbourne’s CBD in the local government area of the City of Yarra municipality. Richmond’s population: 26,121.

Pubs, Footy, Shopping and great food Richmond has it all. There’s a large amount of public housing, Victorian cottages, converted warehouses, and new low rise buildings. Richmond is well known for its vibrant and popular Little Saigon area along Victoria Street. Richmond was named after Richmond Hill, London, with its outlook of the river bend (Yarra), however the waterfront area was later named Cremorne. 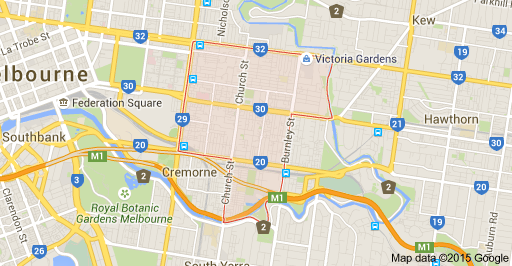 Selling your Richmond property? Speak to a Vendor Advocate first.